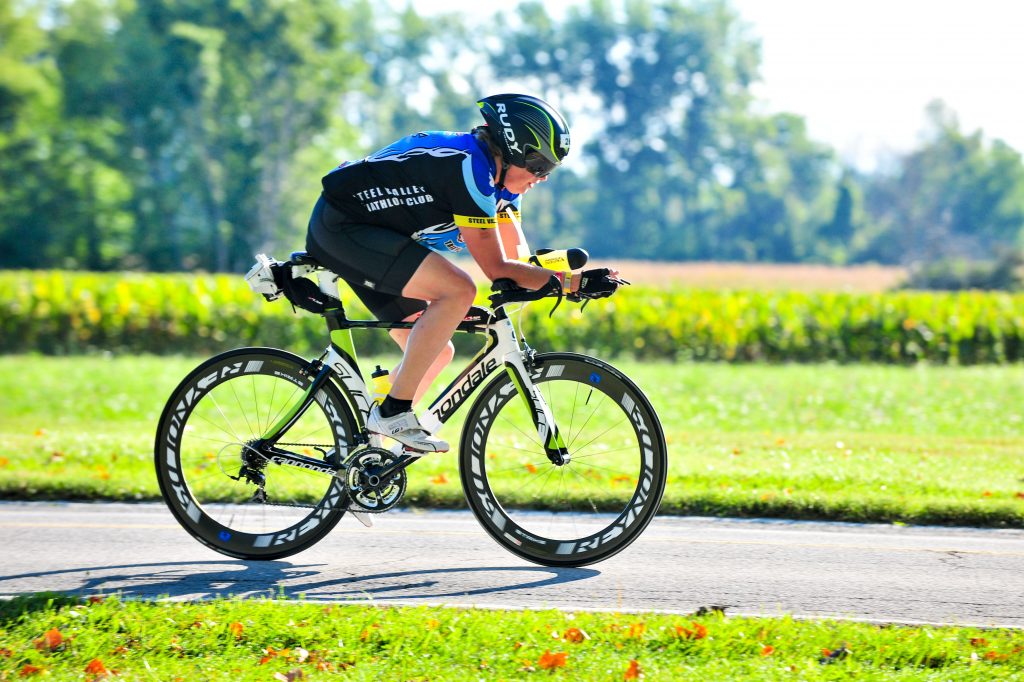 I first fell in love with triathlon while watching an Ironman broadcast on television in the late 80’s. At the time, I was a 2 pack a day smoker and was going to graduate school for my Master’s Degree in Counseling. In high school, I was active in sports, playing on the school basketball and softball teams. I also had raced Motocross as an adolescent and despite a primarily sedentary life as a college student; I did have a Huffy bike that I rode around campus. I was inspired by watching this event and was taken by the determination of the participants. Many years would pass before I would compete in my first triathlon in a small event in Southern Ohio in 2000. I had finally quit smoking a few years before and had taken up running and biking as a diversion from this habit. I started out doing duathlons, as I was initially intimidated by the swim. Once I realized that I could swim faster than I could complete a 5K run for the first leg, I never looked back and over 25 years after watching that first Ironman broadcast, I became a 3x 140.6 finisher myself.

I am 57 years old and live in NE Ohio with my husband, Dave. Even before I met Dave, he was an avid runner and a 3x Boston Qualifier. He has supported my triathlon interest from the beginning and I am lucky to have him as a training partner.  I am proud to call myself an Athena Triathlete. Despite having so much experience in the sport of triathlon, I am firmly a back of the packer. Triathlon for me is more of a lifestyle, than a competition. I have met so many great people through the sport and was fortunate to find a local triathlon club several years ago, filled with supportive and like-minded individuals that have become some of my closest friends and training partners. I am employed as a Child Welfare Supervisor, which although can be immensely rewarding as a career, it is stressful and emotionally draining. Triathlon helps me to recharge my emotional and intellectual energy.

This will be my third year as a Barrelman participant and second as an Ambassador. I first participated in the Barrelman Triathlon in 2017. Prior to this race, I had ended most of my triathlon seasons at a race held at Cedar Point Amusement Park in Ohio. Unfortunately, the park decided to no longer support this race and I was looking for an alternative when I found Barrelman being held about the same time of year. Fortunately, several members of my tri club, Steel Valley Triathlon Club decided to make the trip to Canada that year to become International Triathletes. The swim venue at the Welland International Flatwater Centre is hands down, the nicest swim venue I have experienced in my triathlon career. No waves, current, or jellies, quite a different experience than some of my challenging swims in the always unpredictable Lake Erie. The water is clear, the perfect temperature and the sight lines led to one of my fastest 70.3 swims to date. And getting to run past Niagara Falls 2x, is spectacular. For those of you considering putting Barrelman on your race calendar for 2020, you won’t regret it!  Please reach out to me if I can help you answer any questions you may have about this race.