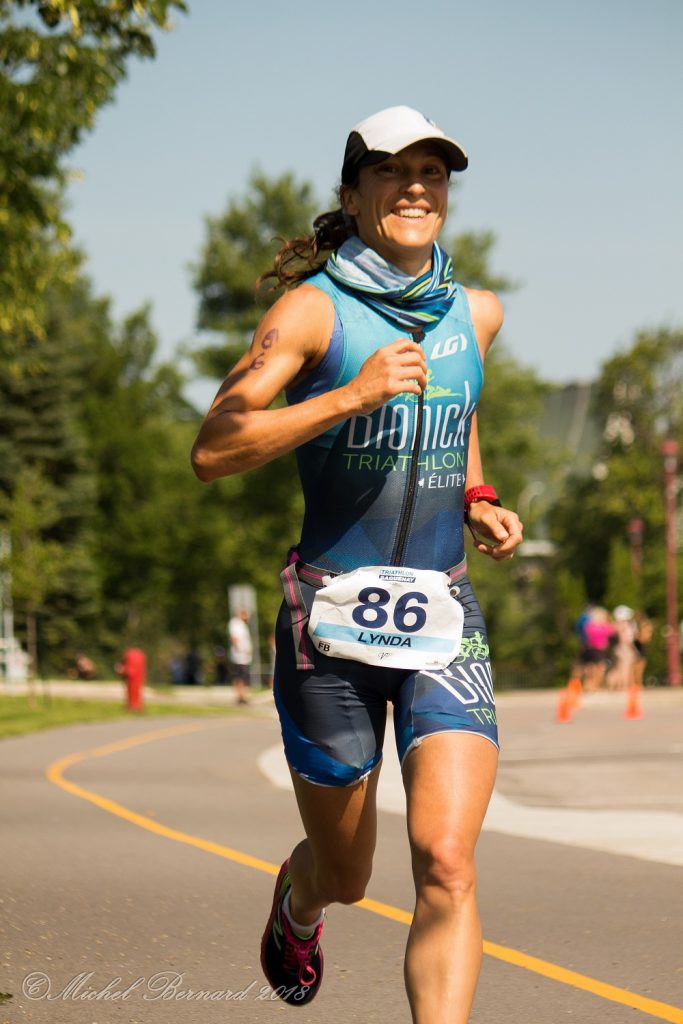 Busy and active all year round, passionate runner and triathlète (Bionick triathlon), Lynda’s greatest pride is probably to have completed the Ironman World Championship in Kona last year despite an invalidating stress fracture in the beginning of the summer. Her preparation included the Barrelman triathlon, which was the first triathlon after having to cancel 1/2 of her 2019 summer triathlon season.

Spring 2019 : the season started well, with reaching a PB on a 10 k (37:20) at the Ottawa run weekend and being a pace bunny for the marathon the next day. Then, 1st place at an Ottawa triathlon and 1st place in the stairway challenge in Old Quebec City. However, her hidden injury was taking place and by racing in order to qualify for the 70.3 Ironman World Championship (which she did), she just made the matters worse. This lead her to a summer where she had to focus on swimming and biking… while doing multiple visits to specialists. She had to let running on the side, in order to be able to run her dream : complete Kona IMWC… which is happy to say she did.

Active in the winter as well, she completed (and won) the last 3 edition of the Gatineau Loppet Snowshoe compétions, once being the Canadian Championship and once the Provincial Championship. She also won the Dion snowshoes races Series last winter and the Salomon Duathlon at the 2020 Pentathlon des neiges.

She runs, swims and rides by passion and loves being outside and around active people. She hopes more than anything to have a season without injury this year, including a few duathlons, some Olympic distance and at least 3 half distance triathlons, among which the Barrelman triathlon!!