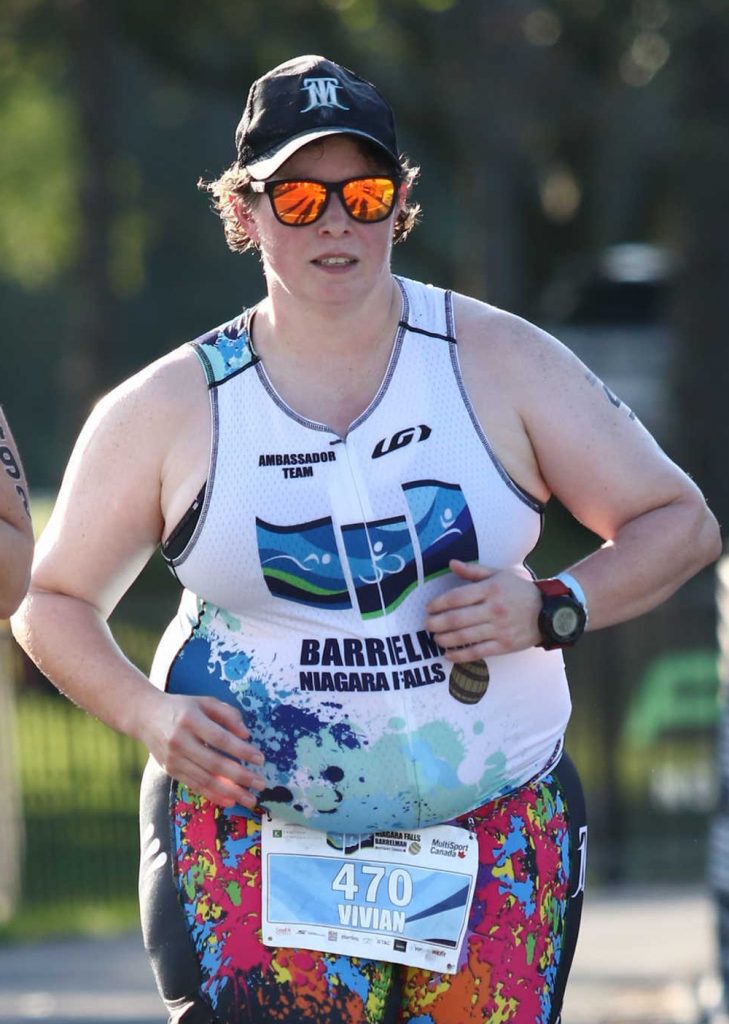 Hello and greetings from the USA!  I am so excited to have been selected as once again to be one of the MSC Barrelman Ambassadors.  This year will mark by 7th year of having fun with triathlon.  My first triathlon was a local sprint, the Tristate Triathlon in 2012 and I was hooked.  I moved up to the Half distance the following year with the Half Full 70 and have completed many other triathlons of varying distances since then.  2019 will be my 3rd Barrelman and hopefully my best yet!

I have always been active and involved in some form of activity/sports and competition. Some of the earliest photos show me with my mother’s softball mitt and cap, wanting to play.  In middle and high school I completed in the majority of sports available:  softball, basketball, cross country and track &field.  College at Boston University afforded me the opportunity to play a new sport:  ice hockey.  It was love at first skate/puck shot and I ended up playing for both Boston University and the University of Pittsburgh club teams, culminating with my final collegiate games at the national club championships.  Since then I’ve continued to play hockey for the occasional women’s team and at local pick-up.  I’ve also dabbled in whitewater kayaking, snowboarding, soccer, and aikido.  Currently I tend to do most of my running/racing on the local trails of WV and the occasional bike race to train for triathlon.  I’d rather be on the trail than on the road any day.

I think I was drawn to triathlon because it combines 3 sports (jack of all, master of none kind of thinking).  I’ve never been the fastest but I enjoy the challenge and strategy, especially with the longer distances.  It’s all about continuous forward motion, trying to be the best version of yourself, pushing your boundaries and challenging what you think is possible and trusting your preparations.   A day on the course is better than a day on the couch.

I changed my majors a few times in college but finally settled on architecture and have been a licensed Architect since 2008.  My area of focus is healthcare design and I enjoy the challenge of designing functional yet aesthetically pleasing spaces that provide places for healing.  Last summer I took the next step and now have my name on the door as a partner in a firm here in West Virginia.

My friends and family are very supportive, although they do think I’m a bit crazy with all the training.  I’ve tried to get them into tri’s but they prefer the support role and love the traveling.  Part of the fun is visiting new places and having new experiences.

I am excited to be an Ambassador for Barrelman Niagara Falls Triathlon (part of MultiSport Canada) and to share my journey.  As a part participant, I can attest to the professionalism, quality and friendliness of the staff and volunteers and recommend this event to anyone looking for a great time.